The News is no Longer the News.

The news no longer wants to keep you informed. There used to be a time when their sole purpose was to inform us, that was how they made their money - by being honest and informative. But in the last few years especially this is no longer the case. Fake news is a real thing. Everyone needs to understand this and I’m not exaggerating when I say the cohesiveness of society depends on it. It’s not just those that Trump accuses who dabble in fake news, it’s all news companies that want to make a profit - they’re forced to. The thing that people need to keep in mind when talking about the news is that they’re a business that wants to make money. They’re motivated primarily by profit.

The news started to change as soon as they had tools to measure what content gathered more engagement from the public. We’re talking about clicks and advertisements. Yes, those dreaded Clickbaits. As soon as they could measure how many people clicked on an article, the business model of how the news operated changed entirely. It went from being an objective news source, to doing anything to get you to click on their article. Clicks can be easily measured. Truthfulness? That’s a bit harder.

There’s a quote from an upcoming book that I’m excited to get called The Curious Person’s Guide to Fighting Fake News by David McAfee which illustrates this point.

“Successful fake news writers can make between $5,000 (Silverman & Alexander, 2016) and $10,000 (Ohlheiser, 2016) or more per month through various advertising programs, making misinformation an extremely lucrative business in the modern era. In fact, a 2019 Global Disinformation Index report estimated that 20,000 sites known for publishing numerous false reports made a total of $235 million in a year (Melford & Fagan, 2019). Considering there are many more than 20,000 misinformation sites, the $235 million number is considered a massive underestimate of the annual profits for the prolific ‘fake news’ industry.”

The Psychology Behind it

They play on our irrational monkey minds (we are highly irrational beings, I’ll go into this another time). We are more likely to click on something, like, comment and share when it plays on our negative emotions, specifically anger. They will lie to you, they will exaggerate things, they will cut quotes in half and stick them back together if it will make you click on their article. Now when you’re in the article itself and you read it (you are giving them money due to the advertisements on the page) you may actually find that the content wasn’t as bad as you thought it was. In other words, headlines lie. Let's compare these two headlines: 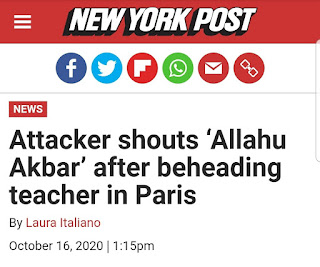 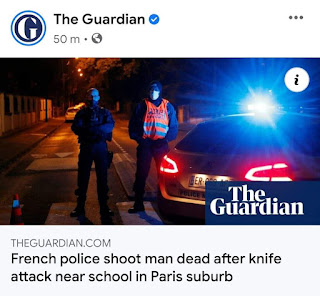 They read like two completely separate events but they are referring to the exact same thing. One seems like an unnecessary use of force by police. The other seems like a crazed Islamic extremist. One of these will anger the political left, the other will anger the political right. There’s only so much information that can be shoved into a headline and how they choose to present it tells you a lot about what message they’re trying to send you and who they’re trying to target. Two headlines, one story.

Now let’s look at another one:

Oh my lord, they killed him because he was drunk? Well this is outrageous and a clear case of police brutality. No one would question that these officers need to be locked up for life. Now if I didn’t read the article and research this, I would have walked away and been duped by the Fake News. But the story itself is VERY different to what the headline is. They didn’t kill him because he was drunk and at Wendy’s. He was drunk driving and was at the drive-thru, they went to arrest him, he resisted, stole a taser and tried to shoot it at them, they perceived that as a threat and they shot back. Now whether you think it was necessary for the officers to use lethal force or not (I ask that you do not get caught up in this detail) - is not the point. The point is, look at how the headline presents the information compared to what actually happened. There is a world of difference and this is an incredibly dishonest interpretation. Since many people don’t bother to read articles, they just take the headline and run with it, they’re misinformed. This is pernicious at best, and assisting to the destruction of society at worst. People will walk a way with a warped view of the world. If someone is continually drip fed misinformation, their world view becomes misaligned with reality. Each bit of misinformation is built upon itself until what they believe to be true is completely divorced from reality.

Lies built upon lies will get people to demand social and political change based on falsehoods. But these news agencies don’t care. What’s more likely to get clicks and shares: “Police shoot innocent black man who is drunk”? Or “Police kill man who resists arrest and attempts to shoot them with a taser”? Again, I am not justifying anything or giving my take on this issue, I’m just trying to represent the situation more honestly. Headlines like these are purposefully inflammatory and usually not truthful. If you believe them, your view of reality, your filter in which you see the world, will be incorrect and will only feed into the divisiveness that permeates through our society.

For those with more attention to detail, you will have noticed that the previous article was an opinion piece. What difference does that make? It should make a difference to how we view it, but in reality it makes none. We are highly irrational beings. We see something posted by the news, we click on the news link, and it takes us to the news site, so we think it’s news. Even when we know that it’s an op-ep we cannot help but interpret it as an authoritative source. There is a purposeful conflation between what someone’s opinion is, and what the facts are. The line between the two have accelerated into an unclear blur. But this is not to say that fake news only comes from op-eds, far from it. A quick flick through any of the major American news organisations like CNN, Fox News, and MSNBC will reveal clear partisan biases to their preferred side. If you think that either of them are neutral news platforms you are being fooled.

Fortunately for us in New Zealand it’s not quite as bad. I mean, it’s obvious which way the bias swings but they don’t print quite as much misinformation as the American media. BUT, since the rest of the Western world’s culture is downstream of America, we must be careful and watch that ours do not fall into the same degenerate hole of misinformation like we have witnessed with the United State’s MSM.

We’re in the age of information. If you control information, you can control the world. The news is no longer news. Don’t believe them when they say they’re just giving you the facts because they’re not. They never are. Guard yourself, watch for emotional language that can be used to manipulate how you react. Their job is to keep you selectively informed. They want to control you.

October 07, 2020
With New Zealand elections right around the corner, I see a big push from our government to get as many people voting as possible. The political parties are looking to grab as many votes as they can to attain more power and influence. But in terms of our democracy, should we be encouraging everyone to vote? Can you think of a group of people who you wouldn’t want to vote and who should be discouraged from voting? I know I can. I know this because I was one of those people who should have been discouraged from voting. For the last two elections I can admit that when I voted, I effectively threw away my vote. I didn’t properly look into it all. I didn’t care. I didn’t feel like it affected me in any meaningful way. I just voted because “that’s the thing to do” and the political party that I voted for was that which my family and those around me had always voted for. There was no original input to which way I voted. Fortunately, since then I have started taking an interest in politics, c
Post a comment
Read more

November 06, 2020
This is a story about change. As expressed previously, politics was something I was never really into. I had little time for it. I didn’t feel that it had a big impact on my life so I switched off when a political topic came up. It wasn’t until I was on holiday with my brother a number of years ago that, after shrugging in response to a political question, I was told I should take more of an interest in it. So… that’s what I did. I took a political test at around end of 2015. This is where I landed.  A full on communist, right? As one can imagine though, once one gets more involved in a topic, their views change. Once I became more informed about the specifics of things, I started to see things differently. Needless to say, I was rather shocked when Donald Trump won in 2016. There was a large group of people that was seeing something that I couldn’t. He had a message that resonated with certain people. What was that message? There are some who are still scratching their heads trying t
Post a comment
Read more