With New Zealand elections right around the corner, I see a big push from our government to get as many people voting as possible. The political parties are looking to grab as many votes as they can to attain more power and influence. But in terms of our democracy, should we be encouraging everyone to vote? Can you think of a group of people who you wouldn’t want to vote and who should be discouraged from voting? I know I can. I know this because I was one of those people who should have been discouraged from voting. 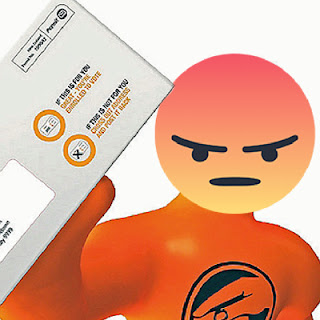 For the last two elections I can admit that when I voted, I effectively threw away my vote. I didn’t properly look into it all. I didn’t care. I didn’t feel like it affected me in any meaningful way. I just voted because “that’s the thing to do” and the political party that I voted for was that which my family and those around me had always voted for. There was no original input to which way I voted. Fortunately, since then I have started taking an interest in politics, culture and globalism. As one can imagine, once you become more educated on a subject, your views start to change. Had I known what I know now, I wouldn’t have voted the way that I did. I wonder how many other people were like me? I wonder how many people like me it would take to change the outcome of an election? I thought that I cared about who won, but I wouldn’t have been able to give a reason why. Therefore me, and everyone like me, should not have voted.

Now I know what you’re thinking, and the answer is no, I wouldn’t dream of advocating to take away someone’s right to vote. The vote of an individual is fundamental to our society. But what I instead do advocate for, are those who are apathetic to politics, to not vote. If you do not care, and are not educated, please.

I don’t want someone who doesn’t care about what we have for dinner, having a say in what we should have to eat that night. Do not do the same for this country. If you want to vote, take the time to take an interest in it. And I don’t mean just do one of those online quizzes and think you have an informed opinion. Because there are some things that you can think is a great idea on the surface, only to not understand, nor be exposed to, its counter arguments. Know the consequences of trying to limit free speech before you try do so. Think through what could happen if you choose to increase minimum wage. Learn about history. Learn the pros and cons of each argument, because there are some to every disagreement. That’s why they're disagreements - because there are valid points on both sides. A law is so much easier to make and implement than it is to remove. And I am afraid that some of us are woefully uneducated, sprinting head first into darkness with a look of confidence that should concern us all.

What I’d ideally like to see is everyone having some basic knowledge about politics and caring about it. We should all care about politics because it does affect us all to some extent. But it’s simply impossible to get everyone in a country to care about one single issue. You just can’t do it. So with that said, if you don’t care, don’t be pressured into casting your vote. We want as less randomness as possible in elections.

November 06, 2020
This is a story about change. As expressed previously, politics was something I was never really into. I had little time for it. I didn’t feel that it had a big impact on my life so I switched off when a political topic came up. It wasn’t until I was on holiday with my brother a number of years ago that, after shrugging in response to a political question, I was told I should take more of an interest in it. So… that’s what I did. I took a political test at around end of 2015. This is where I landed.  A full on communist, right? As one can imagine though, once one gets more involved in a topic, their views change. Once I became more informed about the specifics of things, I started to see things differently. Needless to say, I was rather shocked when Donald Trump won in 2016. There was a large group of people that was seeing something that I couldn’t. He had a message that resonated with certain people. What was that message? There are some who are still scratching their heads trying t
Post a comment
Read more